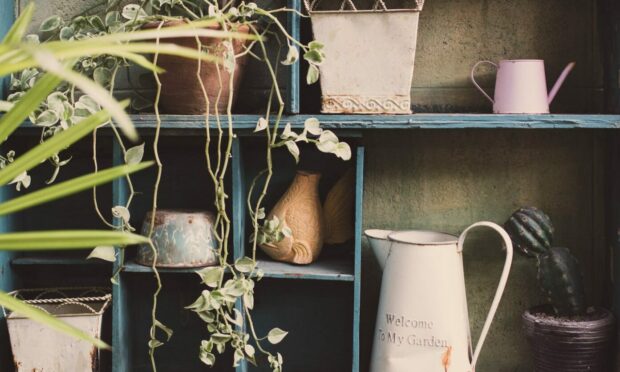 One of the first things I came to understand in my early years as an apprentice gardener is that a key job during the autumn months is getting your soil ready for next year.

This integral part of the seasonal cycle used to start for us back in September when we would pull out of the ground the begonias, geranium, lobelia and cineraria plants that made up the summer bedding displays.

The best for next year

The bulk of these plants would be thrown straight on to the tractor trailer where it would then be driven down and deposited on to the compost heap.

Not all of it though. The best of the geraniums would be selected and stacked in crates, instead heading to the potting shed where the glasshouse team would propagate them, making the new plants that will become the display next summer.

My senses still recall the damp, earthy smell in the potting shed at that time of year, with heaps of geranium sitting on the floor waiting for the stems to be separated then trimmed to around 10cm/ 4inch length, leaving only a couple of leaves at the tip.

We would then manage to fit 35 cuttings into trays containing a mix of 50:50 cutting compost and sand which was then placed onto the propagating bench with a bit of bottom heat to encourage root growth.

While this was all going on indoors, the rest of the team were freshening up the soil for next year by digging in compost from the heap which last year’s bedding had made.

The joys of compost

I love making compost. The simple of act of taking your garden prunings, all your herbaceous at the end of the year, the summer contents of hanging baskets and tubs as well as the vegetable scraps from your kitchen and mixing it all together.

After a year it will have formed a compost-like material, ready to be returned back to the soil.

We also had a secret weapon in ‘Bess’ who gifted to us a special ingredient. She was such a lovely lassie who used to work with us taking groups of kids around the Park.

To be honest, she was probably the most popular member of our team, loved by all.

From her we would get the most wonderful manure which, after sitting for around six months, could be used on it’s own or mixed in with the rest of the heap.

Maybe I should clarify here that ‘Bess’ was a horse.

Back then the method we used to improve the soil was through the process of ‘single digging’.

You dig out a straight-lined row of soil the depth of a spade, the bottom of the trench is then lined with a shallow layer of this compost, which is then backfilled with soil from the next row. And so you go on until the bed is fully dug over.

I used to love the challenge when doing this so that the finished dug over area was nice and level, not looking like the Himalayas mountain range. Us young apprentices soon knew about it from the experienced gardeners if it wasn’t!

There’s something satisfying about the look of the beds when completed, all neat and tidy and if done properly, level. The look and feel of completion for the year, yet all ready for the beginnings of another.

Digging the soil over like this isn’t such a popular practice these days, with more gardeners turning to the ‘no-dig’ method of soil preparation.

The thought process is when we dig over, the structure of the soil gets damaged along with all the beneficial organisms and fungus all plants need and want so to thrive.

Instead of burying them its better to feed them by applying a layer of compost on the surface of the soil.

It’s less labour intensive, so I thought I should at least give it a try to see if this method works. So far, after growing my veg this way for a number of years now, I’m not seeing any decrease in quality.

There are still occasions when I do have to do a bit of digging – like just now, where I’m creating a series of cut flower beds.

This is giving me a chance to assess the soil and I’m really pleased to see plenty of worms in here,  a sure sign that your soil is in good condition.

Earthworms feed on the decaying plant material which, with no-dig gardening, comes in the form of the compost that gets laid on the soil surface.

They climb to the surface, pulling this material down into their tunnels and improving the soil fertility, in the process also opening up it’s structure to help drainage.

With autumn comes leaf fall and with cleaning the leaves up, the chance to create some leaf mould compost.

Store collected leaves in a frame and within a few years will break down into fine and crumbly, soil-conditioning compost. Oak, beech and hornbeam leaves make the best, so if you garden near one of these trees don’t miss this opportunity.

She’s one of the most important Scots – but very few people have heard of Kath Duncan. Kirkcaldy | The Courier | News…

Fortunate enough to have half a million pounds to spend on a home? Then here is our pick of the best £500k houses in Tayside and Fife. Lifestyle – The Courier …

One of the first things I came to understand in my early years as an apprentice gardener is that a key job during the autumn months is getting your soil ready for next year. Lifestyle – The Courier …

Looking for an easy treat to make for guests coming over? These peanut butter desserts are sure to please. Lifestyle – The Courier …

A Fife man drove over his mother’s leg when she tried to stop him leaving by holding on to his van steering wheel after a “disagreement”. Kirkcaldy | The Courier | News…