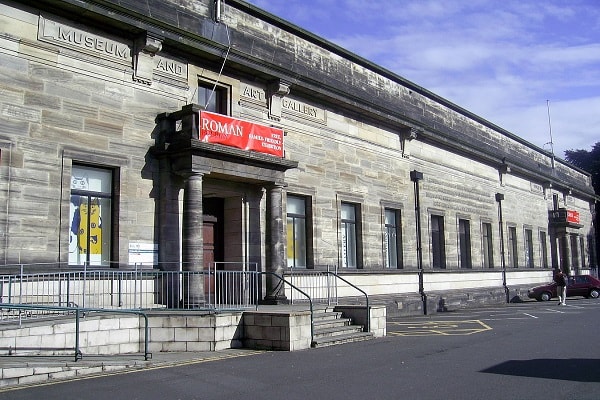 Come and explore Kirkcaldy's cultural hub. Kirkcaldy Galleries offers visitors a library, museum, art gallery, local & family history room, cafe, gift shop and children's areas - all under one roof! Kirkcaldy Galleries opened in June 2013 following a major £2.5 million refurbishment undertaken by Fife Council. This historic museum was first opened in 1925 as part of the town's War Memorial, with the library extension being added in 1928. Formerly the Kirkcaldy Museum and Gallery, Kirkcaldy Galleries has undergone a major refurbishment in recent years. Since summer of 2013, the complex has comprised of an art gallery, museum, library, the Wemyss Café and a VisitScotland Visitor Information Centre. Kirkcaldy Galleries has a stunning collection of work by a number of well-known artists. In 2015 it has hosted exhibitions of prestigious pieces of work, such as the photography of Diane Arbus and the historic Great Tapestry of Scotland at no cost the public. The Great Tapestry of Scotland exhibition is still on until September 20th 2015.