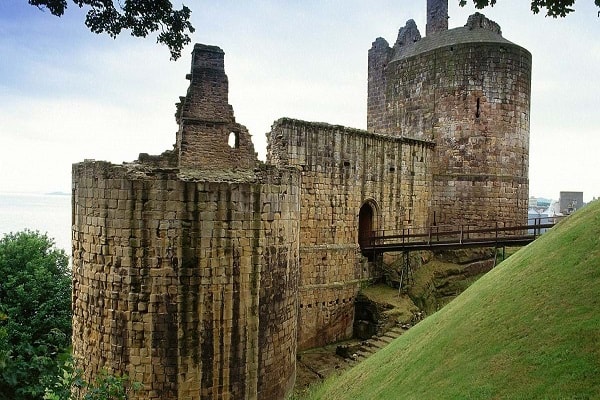 Ravenscraig Castle overlooks the sea at the west end of Ravenscraig Park, which is in turn found on the eastern edge of Kirkcaldy. The best way to reach the castle is by using the car park in Ravenscraig Park and walking west from there past the new housing development to catch your first glimpse of it through the trees. It can also be viewed, but as far as we can see not accessed, from the parking areas behind the beach to the west. The origins of Ravenscraig Castle date back to March 1460 when James II took over the estate here for his queen, Mary of Gueldres. He immediately commissioned work on building a castle, but did not live to see it completed. James had a passion for artillery, which proved his downfall in August of that year. He was killed when a Scottish cannon exploded during the siege of Roxburgh: see our Historical Timeline.