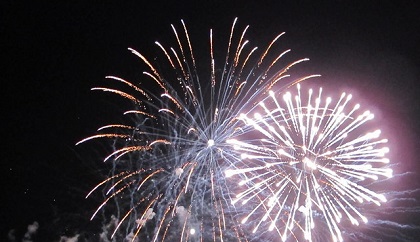 Organisers in Kirkcaldy have announced they are to host a free fireworks display at Beveridge Park, just a week after the Dunfermline event was called off.

Kirkcaldy Rugby Club and the nearby scout group are running the evening on November 5.

The annual Dunfermline display was put on hold last week, following the collapse of the town’s BID team.

It was also announced on Friday the Glenrothes fireworks display has been cancelled, after the main organising group withdrew in August.

Speaking exclusively to Kingdom FM News, Corgi George from Kirkcaldy Rugby Club said the event has the potential to be the “best fireworks event in Scotland”.

“The people from Dunfermline and that area are more than welcome to come in and see how we do it,” he said.

“There was probably a lot of people from Kirkcaldy heading out to Dunfermline and other fireworks shows for the last few years, so this is the first one we’ve had for a number of years.”

Residents near the park are to receive information leaflets through their door on Friday, alerting them to the display.