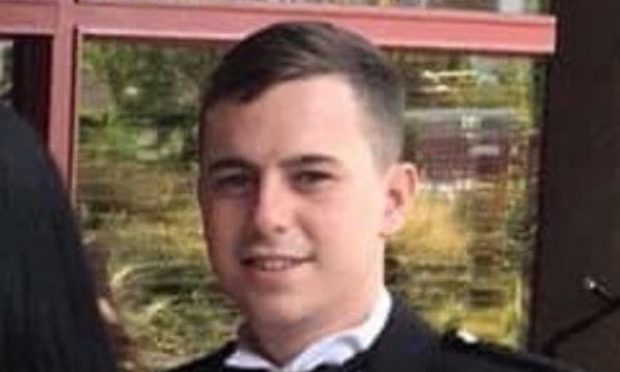 
The motorist killed in an A92 tragedy on Thursday has been named.

Scores of floral tributes, photographs and messages have been placed at the scene of the accident on the road in Fife where driver Arran Drummond lost his life.

The crash took place between the Bankhead and Redhouse roundabouts on Thursday at about 11.35pm.

One heartfelt written tribute attached to a toy action figure at the scene read: “Rest in peace Arran. Only the good get took away early and you are one of them. You will always be in our hearts.”

Another note attached to the road sign at the crash site said: “There’s just too much to write on a piece of paper but just thanks for being you man. I’ll love and miss you every day until we meet again.”

Police have not formally named the 23-year-old but a donations page in memory of Arran has been set up following the Glenrothes man’s death. It attracted pledges of £2,300 fewer than 24 hours after it was launched.

Arron was killed when the silver Honda Civic he was driving left the Kirkcaldy-bound carriageway shortly after 11.30pm, between Glenrothes and Kirkcaldy, close to Redhouse roundabout.

Sally Murdoch who set up the collection, said: “Sadly Arran Drummond at only 23 years of age tragically lost his life in a car accident.

“We want to show our love and support for his family by fundraising to give Arran the send off he deserves.

“He was a young man full of fun, loved by many and he will be sorely missed.”

Officers investigating the fatal crash have confirmed no other car was involved but are continuing to call for anyone who may have seen the collision, or the vehicle around the time of the incident, to come forward.

Sergeant Ewan Pearce of the Glenrothes Road Policing Unit said: “Our thoughts and sympathies are with the family and friends of the man who sadly lost his life in this tragic incident.

“We are also asking anyone in the area at the time to review their dashcam footage for anything relevant that could assist with our investigation.”

Anyone with any information is asked to contact officers by calling 101 and quoting incident 4348 of August 6, 2020.