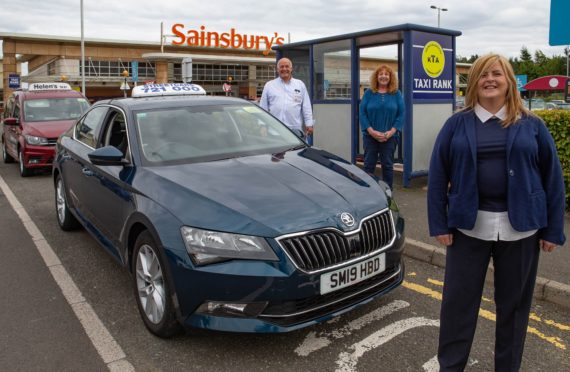 
Two new taxi ranks have been installed in Kirkcaldy in a bid to bring in more shoppers and boost the town’s ailing private hire industry.

Councillors on Fife’s Kirkcaldy area committee approved a new rank on St Clair Street outside Rejects Department Store earlier this year to replace the existing one on Cromarty Place.

Following further discussions with the Kirkcaldy Taxi Association, Fife Central Retail Park management and Fife Council, it has now been decided to introduce another in the retail park at the former bus stop near Sainsbury’s supermarket.

“This is another positive step in addressing the changing issues Kirkcaldy faces.”

Taxi and private hire companies across Fife have been struggling financially since lockdown.

Dawn Hunter, from Kirkcaldy Taxi Association, said: “Kirkcaldy taxis have had it hard for the past few years after Tesco closed its doors then the closure of several big name stores on the High Street.

“So we welcome the two new taxi ranks in the town and we are hopeful they will develop into busy ranks and benefit the people of Kirkcaldy too.”