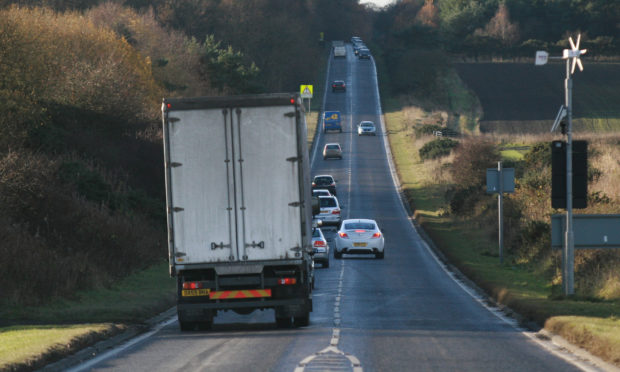 Two people have been taken to hospital after a van and a car crashed on a notorious Fife road.

Police closed the A915 Standing Stane Road at Wellsgreen, between Leven and Kirkcaldy, for two-and-a-half hours following the collision at about 7.30am.

A woman and a man were taken to hospital following the incident.

A police spokesperson said: “Around 7.30am on Wednesday, October 7 2020, police received reports of a two-vehicle road traffic crash, involving a car and a van, on the A915 Standing Stane Road near Wellsgreen.

“Emergency services attended and a man and a woman were taken to Royal Victoria Hospital.

“The road was re-opened shortly after 10am.”

The extent of the pair’s injuries is not known.

The incident caused traffic chaos for commuters, leading to long tailbacks on the road.

Motorists were asked to find alternative routes while the incident was dealt with.

It is understood a broken-down crane vehicle in the area also caused further disruption.

There have been calls for action to make the Standing Stane Road safer in recent times. The route has been the scene of a number of fatal accidents.