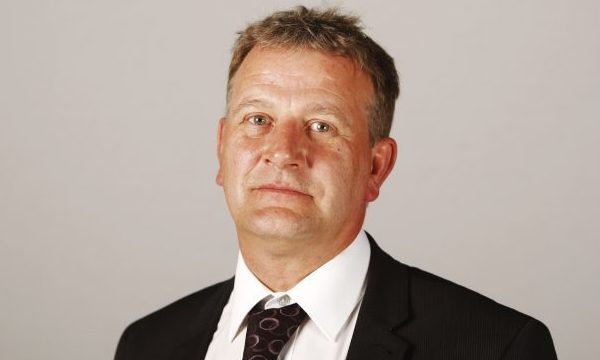 The SNP are heading for a civil war in Fife after former MP Roger Mullin  announced his intention to run against sitting MSP David Torrance for the party’s nomination in Kirkcaldy.

Mr Mullin, who served at Westminster for the SNP in Gordon Brown’s old Kirkcaldy and Cowdenbeath seat between 2015 and 2017, has announced his intention to seek the backing of local members ahead of next year’s Scottish Parliament election.

The announcement comes as some surprise, with Mr Torrance stating his intention to stand for re-election just three days ago. It is understood Mr Mullin entering the race also came as a shock to the incumbent.

Delighted to announce my intention to seek nomination to be the SNP candidate for the Kirkcaldy constituency in the 2021 Holyrood election.

Under SNP rules, anyone in the local branch can put their name forward for selection, and local members will decide by vote which person should be put forward to become the party’s candidate at the election.

Mr Mullin, who secured more than 52% of the vote in 2015 to defeat Kenny Selbie, the Labour Party candidate who was hoping to succeed Mr Brown following his retirement, is a former Treasury spokesman for the SNP at Westminster.

He was appointed to the Scottish Growth Commission by Nicola Sturgeon in 2016 before being defeated by Labour’s Lesley Laird in 2017.

In a statement announcing his intention to run, Mr Mullin said: “I am entering the contest to become Kirkcaldy’s SNP candidate at the 2021 Scottish Parliament elections.

“We live in very different times, with huge challenges ahead.

“But we also have the opportunity of achieving Scottish independence, so long as we marshal the most effective voices in its cause.

“I have a track record of helping develop and influence national policies, as well as serving local constituents. Both are needed.

“In the coming weeks I will set out in greater detail my prospectus for the future. This will include addressing the cause of Scottish independence and the needs of a post-pandemic economy and society.

“I have big plans too for further developing services for constituents and the creation of a ‘Team SNP’ across the constituency. There is much to be done.”

Mr Mullin is currently chairman of Revive, an organisation created to support the All Party Parliamentary Group on Explosive Threats, and a board member of the Scottish Africa Business Association (Saba).

Mr Torrance has held the Kirkcaldy seat at Holyrood since 2011 and was previously a local councillor for the SNP for more than 15 years.

The announcement will come as a bitter blow after he announced in a social media post last week his intention so seek re-election “to stand up and continue the fight for a fairer and more prosperous country”.

Mr Torrance hoped his previous record as an elected member would help secure the support of the local branch.

He said: “It has been my absolute privilege to represent Kirkcaldy – the town of my birth – as MSP since 2011.

“I am very proud of the work I have done on behalf of my constituents during nearly a decade at Holyrood and as a local councillor for more than 15 years before that.

“I do not take the support of my home town for granted, but as we head into the branch selection process, I do believe that the commitment I have shown to helping local communities over the last 27 years as an elected SNP member will be recognised by members.

“Moving towards next May’s Scottish elections, I will continue working tirelessly and fighting on behalf of the good people of Kirkcaldy, and the surrounding areas, on the issues that matter to them while playing my full part in helping deliver independence for Scotland.”