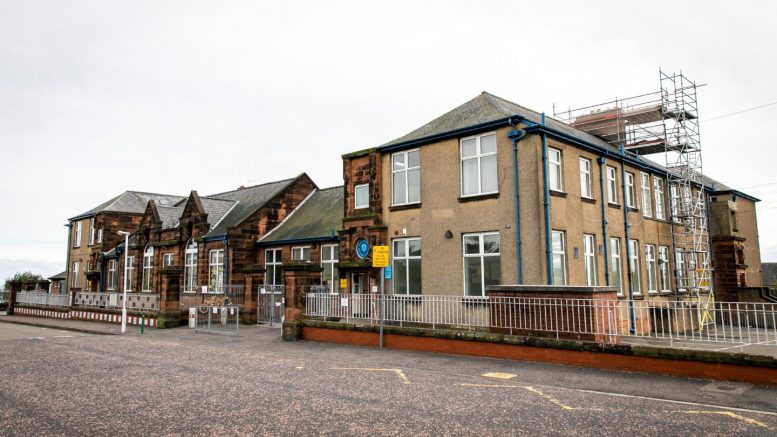 Pupils at a Kirkcaldy school closed due to a Covid-19 outbreak among staff have tested positive for the virus.

Two children are now among the seven people at Sinclairtown Primary School known to have contracted coronavirus, including another two staff members.

The school was closed on Wednesday due to three staff members testing positive, and all teachers and pupils in three classes were told to self-isolate.

NHS Fife said the two pupils affected were in the classes already isolating – P1a, P2 and P4 – and another class – P5a – has now been asked to self-isolate until October 5.

It also said there was now evidence of transmission of the virus from staff to pupils, although it was not widespread.

The school will remain closed until at least Monday, it said, with a further update to be provided on Friday.

In a statement issued on Thursday evening, NHS Fife said: “A total of seven individuals with links to the school have now been confirmed as positive for the virus.

“All positive cases continue to experience mild symptoms and are isolating at home with other household members.

“The pupils who have now tested positive were amongst those previously asked to isolate after being in prolonged close contact with a positive case.

NHS Fife’s health protection team is investigating links between the positive cases and contact tracers from the Test and Protect team are identifying and tracing known contacts.

NHS Fife and @FifeCouncil have provided an update after a further two pupils and two staff linked to Sinclairtown PS tested positive for COVID-19.

The health authority also said: “Those pupils in P1a, P2 and P4 who have previously been identified as potential contacts are asked to continue to isolate at home as a precaution.

“In addSition, pupils in class P5a are now also asked to isolate until October 5 and can return to school on October 6.

“All other pupils do not need to isolate but must not attend school.”

The school was closed for staffing reasons on Wednesday, when teachers were told to isolate pending further instruction from the health protection team.

At that time, Fife Council education manager Gordon Wardrope said: “We appreciate this will create some anxiety, however, parents and carers should be assured that the safety of our pupils and staff remains our number one priority and we are continuing to follow public health advice around any actions required.”

The school is one of 10 in Fife where pupils have been sent home due to Covid-19 cases since the start of term.

Parents were directed for more information to questions and answers on the council’s website and local online support hub created to provide information on testing and updates on the pandemic.

A reminder was issued that anyone with symptoms of the virus – a fever, new and continuous cough, or a loss or change in the sense of taste or smell – should arrange testing using the UK Government Citizens’ Portal or by calling 0800 028 2816.

Coronavirus in schools: Track the spread in staff and pupils in Tayside and Fife

Man, 23, dead as crash closes A92 between Kirkcaldy and Glenrothes for more than seven hours

‘It would have broken my heart to see him in a hospice’: Widow looked after Fife police officer, 34, in his final days