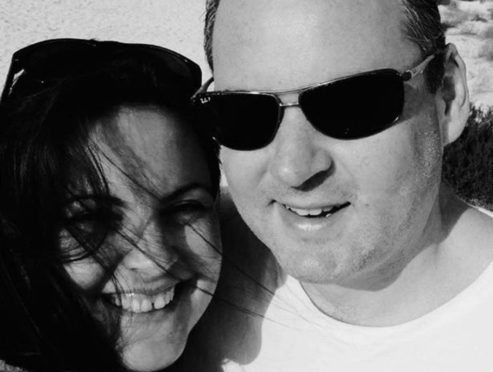 
A judge in France will decide in the coming days if a Fife man should be prosecuted for murder after his wife was found dead at their holiday home earlier this month.

Romanian-born Madalina Sneddon was discovered at the bottom of stairs in the apartment in the tourist city of Aix-en-Provence in the south of France on June 13.

But despite her husband Craig, who is originally from Kirkcaldy, maintaining his innocence, the engineer has been remanded in custody accused of killing his wife after a post-mortem examination suggested her injuries were not consistent with a tumble down the stairs.

The Courier understands further legal hearings are due to be held today (Thursday) where prosecutors will lay out their case ahead of a judgement anticipated on Friday that will determine whether the case goes to trial.

If convicted, Mr Sneddon has been told he could face up to 30 years in prison.

Mr Sneddon’s family back home in Fife have declined to comment at this stage, although sources say friends and relatives have been left “totally bereft” and believe Madalina’s death was a “tragic accident”.

Reports based on French police sources suggest Mr Sneddon made a 999 call to emergency operators in which he claimed to have found his wife lying at the foot of the stairs.

The same sources claim the couple, who have been married for several years and had been travelling the world, had been heard arguing by neighbours the day before.

A police spokesman said: “The call was made in French, with a distinct English accent, that he had discovered the lifeless body of his companion on the stairs of their building.

“Forensic experts examined the body and concluded the woman had been killed.

“The autopsy carried out revealed injuries which were incompatible with a simple fall down the stairs.”

It is thought Madalina, who is originally from Bucharest and also uses the name Marina, had only arrived in France a few days previously due to coronavirus restrictions, and the couple were looking at staying in the south of France on a more permanent basis.

Mr Sneddon, an engineer by trade, has been remanded in custody at the Luynes remand centre, pending the verdict of a pre-trial judge who will consider all the evidence and determine if the case should be prosecuted.

The British consulate in the area is said to be supporting Mr Sneddon’s family, although they do not have any involvement with the victim’s family as she is not a British national.