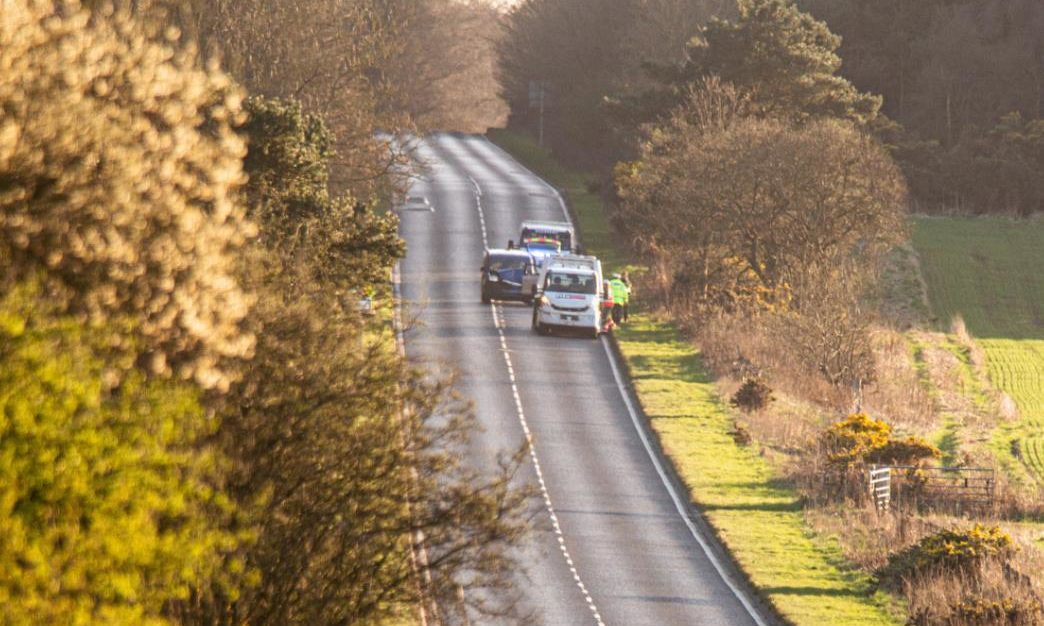 A main road in Fife was closed for almost two hours following a two-vehicle collision.

The A915 Standing Stane Road, which connects Leven and Kirkcaldy, was shut by police after the incident around 5.20pm on Thursday.

A recovery vehicle was seen at the scene of the incident around 6pm.

A Police Scotland spokesman said: “We were called to a report of a two-car crash on the Standing Stane Road around 5.20 pm on Thursday April 1.

“There were no reports of injuries. A 27-year-old man was issued with a fixed penalty notice for road traffic offences.

“The road was closed until 7.10pm to allow for vehicle recovery.”

The A915 is a known accident blackspot, with eight people killed on the road since 2005.

However, ground-breaking measures to cut the number of accidents should be in place by this summer.

The £80,000 system will be placed at two blackspots on the A915 – the junction to the Checkbar Road and the entrance to Wellsgreen golf range.

Rather than a standard slow down message, the new system will flash warnings tailored to the situation.

This includes telling drivers they are too close to the car in front or that vehicles are turning at junctions.

Disruption to morning commute in Kirkcaldy after crash

UPDATE: Boy, 9, taken to hospital after being struck by vehicle in Kirkcaldy

A man has been taken to hospital after a hit-and-run in Kirkcaldy. Kirkcaldy – The Courier…

Three men have been arrested following an alleged assault at a Kirkcaldy street. Kirkcaldy – The Courier…

A Kirkcaldy man launched into a tirade of homophobic abuse against a parking attendant who had asked him to move a van from a bus stop. Kirkcaldy – The Courier…

Thousands flocked to Kirkcaldy to enjoy the sights and sounds of this year’s Fife Pride celebration. Kirkcaldy – The Courier…

A 57-year-old man has been arrested following a disturbance in Kirkcaldy which delayed the start of the Fife Pride march for more than an hour. Kirkcaldy – The Courier…