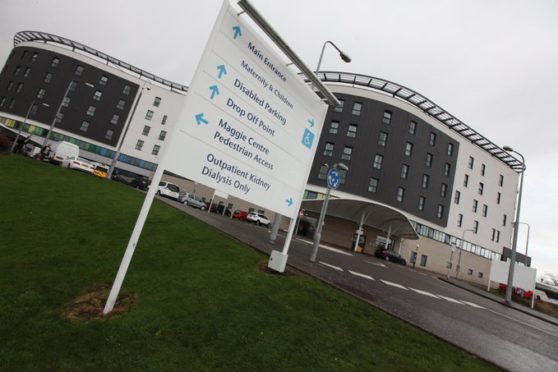 An elderly man was hurt and his dog killed in a collision with a car on a key Fife link road.

Calls for improvements to the well-used B981 between Lochgelly and Cardenden have been stepped up in the wake of Wednesday night’s single vehicle incident, which involved a 70-year-old pedestrian who was out walking his pet shortly before 8pm.

Emergency services were called and the man was treated at the scene by paramedics, before being taken to Kirkcaldy’s Victoria Hospital for further treatment.

It is understood he suffered a head injury, along with other more minor ailments, although none of his injuries are thought to be life threatening.

However, his dog passed away at the scene of the accident.

A Police Scotland spokesperson said: “Officers were called to reports of an accident on the B981 near Lochgelly around 7.50pm on Wednesday night.

“A 70-year-old man and his dog were hit by a car and sadly the dog passed away. Enquiries into the incident are continuing.”

Eyewitnesses who saw what happened said the driver of the vehicle appeared to have been driving within the speed limit and had not seen the man and his dog until it was too late to brake.

One local driver, who did not wish to be named, said: “We passed not long after it happened. It didn’t look good at all.

“It was so dark and right at the top of the hill, so if someone was walking in the road the car would never have seen them until it was too late.

“There really needs to be better lighting or a safer way for people to cross the road because it’s a bad bend where it happened.”

The route between Lochgelly and Cardenden, which is known to many as the Liza Brae, has been the scene of various accidents over the years, including one fatal one in August 2013 which sparked debate about what could be done to make the road safer.

Just last week, councillors on the Cowdenbeath area committee were told the stretch running alongside Lochgelly Cemetery is in need of extensive repairs.

“This road is in a terrible state with a great many uneven parts and it is a very busy stretch,” Ms Liewald said, also noting the road had ‘category 2’ status and was considered less of a priority than some other routes.

Ms Erskine called on officials to look at giving the road ‘category 1’ status and it was revealed the area roads programme has a project valued at £106,815 earmarked for the Liza Brae for 2020/21.

That is expected to be mainly for resurfacing work, although improved lighting may be considered if required.