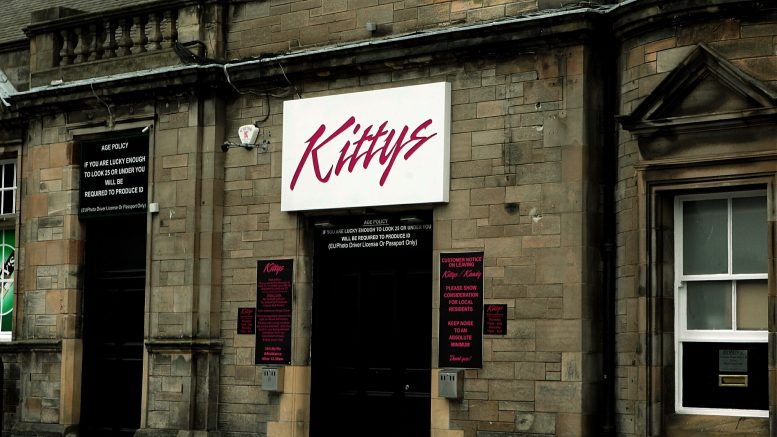 An Army veteran was jailed for five years yesterday after trying to murder a doorman when he was refused entry to a nightclub.

Alan Adsley was turned away from Kitty’s in Kirkcaldy after drinking and became involved in a fracas before returning driving a van and hitting Michael Harbison with the vehicle.

A judge told Adsley at the High Court in Edinburgh: “This was a revenge attack using your van as a weapon.”

Lady Scott said that Adsley accepted that he felt “aggrieved and angry” after he was struck and injured during a confrontation.

The court heard that Adlsey, 38, now appears to be suffering from post traumatic stress disorder following 14 years in the Army during which he did four tours of duty in Iraq and Afghanistan.

Lady Scott told him: “I urge you to use your time in prison and upon release to address the problems underlying your conduct.”

The judge told him that he must accept treatment for PTSD and added: “I am satisfied you can change. You have done so before. You have it in you.”

She ordered that Adsley should be under supervision for a further two-year period and banned him from driving for five and a half years.

Defence solicitor advocate Iain Paterson had urged leniency for Adsley and asked the court to take account of his military service.

Mr Paterson said: “He did witness some horrific circumstances. He was involved in many situations which were problematic. He had friends who were killed and witnessed that as well.”

Adsley, formerly of Craigearn Avenue, Kirkcaldy, was earlier found guilty of attempting to murder Mr Harbison, 46, who was among staff working outside Kitty’s and an adjacent venue on March 14 last year, despite denying the offence.

He admitted a further charge of driving the van at Douglas Street, David Street and Hunter Street, in Kirkcaldy, while unfit through drink.

Advocate-depute Richard Goddard QC told jurors at the trial that they might think that the victim was “a very lucky man” to escape without serious injury following the works van attack.

Mr Harbison was facing away from the direction that Adsley was driving at him when he mounted a pavement in the vehicle and struck him.

Mr Goddard said the attacker had deliberately given the victim “no chance”.

Adsley told the court that he was under the influence of drink at the time of the offence and had been drinking cider and vodka and downing shots before he and another man went to Kitty’s that evening.

He said he had made the “biggest mistake”, claiming that returning in the van was “a scare tactic” and added: “I didn’t at any point intend to hurt anyone.”

Bryce Adamson, 53, who was among door staff, said that when the pair arrived at the premises they had too much to drink in his view and were refused entry.

The attempted murder attack was caught on CCTV and footage of the incident was shown to the jury at Adsley’s trial .

Mr Paterson said Adsley had served in the Army and came out and started a successful business.

He added that he had got himself into trouble through the consumption of alcohol and drugs.

‘It would have broken my heart to see him in a hospice’: Widow looked after Fife police officer, 34, in his final days