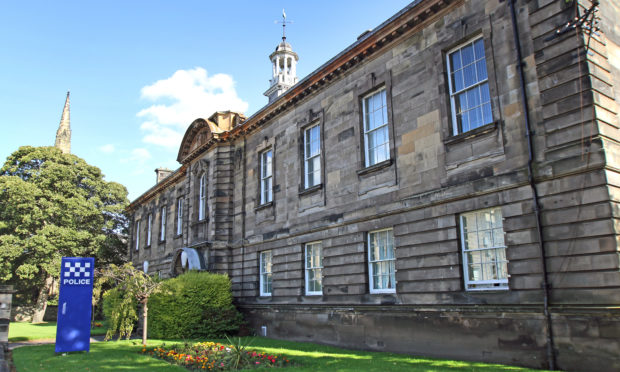 An investigation has been launched following the death of a man in custody at a Fife police station.

The incident involved a man in his 30s who had been detained at Kirkcaldy Police Station.

Police insisted it was a “medical matter” but confirmed the Police Investigations and Review Commissioner would be probing the events leading up to the man’s death.

Witnesses reported seeing three ambulance vehicles racing to the building on St Brycedale Road shortly after 10am on Friday.

A Police Scotland spokesperson said: “The Police Investigations and Review Commissioner is carrying out a Crown directed investigation into the circumstances surrounding the death of a 36-year-old man who was taken into custody at Kirkcaldy Police Station on Thursday, September 17, 2020.

“Police Scotland will co-operate fully with the PIRC’s inquiries.”

The spokesperson would not say if the death was connected to an incident the day before in which a 36-year-old man was arrested and charged following a serious assault in the Templehall area of Kirkcaldy.

A spokesperson for the PIRC said: “We are investigating the death in custody of a 36-year-old man at Kirkcaldy Police Station on September 18.

“The investigation will focus on the circumstances leading up to the man’s death.

“The matter was referred to us by the Crown Office and Procurator Fiscal Service (COPFS) and a report will be sent to them in due course.”

The spokesperson said it would not be appropriate for the PIRC to comment further on the identity of the deceased man or on the details of the inquiry.

The PIRC’s remit will be to investigate circumstances surrounding the death and to establish where there has been contact, either directly or indirectly, between the deceased and the police in the period leading up to, or at the time of, the death.

It will also gather available evidence in an effort to establish what happened, though it will not apportion blame.

Following the investigation, for which there is no time limit, a report of the findings will be sent to the Crown Office and Procurator Fiscal Service.

Kirkcaldy MP, Neale Hanvey said news of  the incident would be “devastating” for the man’s family and he hoped they would not face a lengthy wait for answers to what happened.

“There is an investigation ongoing into this tragic incident. That must be brought to a swift and thorough conclusion,” he said.

This latest death comes five years after Kirkcaldy man Sheku Bayoh, 32, died after being restrained by officers in Kirkcaldy in the early hours of May 4, 2015.

Fife years on and following a concerted campaign from the Bayoh family, the incidents which led to Mr Bayoh’s death are now to be the subject of a public inquiry announced in May which will be led by retired senior judge Lord Bracadale.