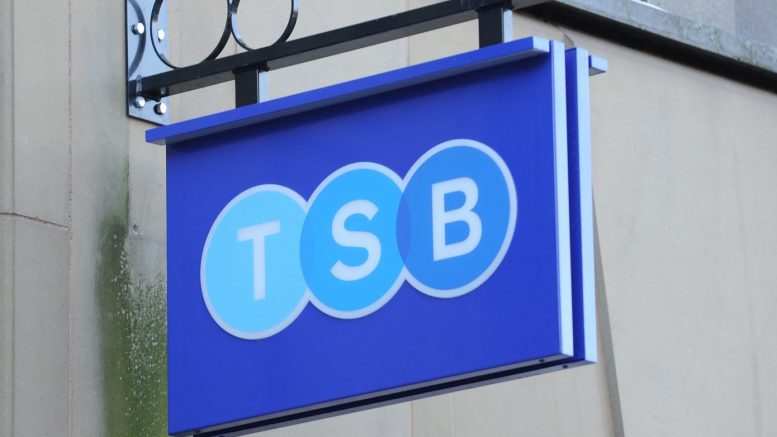 TSB plans to close seven branches in Fife, two in Dundee, four in Perthshire and two in Angus putting dozens of jobs at risk.

Bank workers in Tayside and Fife have been informed informed today whether their branch is one of 73 across Scotland the bank plans to close.

The bank plans to cut 300 jobs across Scotland with the move.

In Fife, TSB branches in Rosyth, Burntisland, Cupar, Cowdenbeath, Buckhaven, Kirkcaldy (Templehall) and Anstruther have been marked for closure.

Dundee branches in Craigiebank and Lochee are on the extensive list as are Carnoustie and Montrose in Angus.

A “significant change in customer behaviour” has driven the decision, the bank said, with more people also adopting digital banking.

He said: “This is very concerning news both for the affected communities and the local branch staff.

“Should these closures proceed, it will mean that Coupar Angus will now have no bank branches of any kind within the town.

“Accordingly, it is important that steps are taken to ensure my constituents have access to banking services.

“I have spoken to TSB management this morning in order to get a clearer rationale for their decision and to discuss ways to mitigate the negative impact these closures will have on local communities.

“I specifically brought up the idea of mobile banking, and I would be happy to assist TSB in exploring this option in the months ahead.”

The Edinburgh-based company said the branches earmarked for closure in 2021 have been selected to ensure 94% of customers in Scotland are still within 20 minutes’ travel time of one that will remain open.

It said it will continue to invest in its 62 remaining Scottish branches over the next two years “to radically improve the customer experience”.

As part of that investment, 50 mobile advisers will be introduced in some rural communities to help existing customers and organise further support.

Robin Bulloch, TSB customer banking director, said: “These decisions are the most difficult we take, but we must always be guided by our customers – and we are clearly witnessing a substantial shift towards digital banking.

“We operate a more extensive branch network than most other banks in Scotland, including some much larger than TSB, and we need to reduce its size to reflect the changing needs of our customers and a fast-evolving operational environment.

“We are also introducing mobile advisers to ensure we look after vulnerable customers and those in rural locations.

“We are working to ensure the transition towards digital – which is being seen right across the economy – is handled sensitively and pragmatically for our colleagues and customers.”

Across the UK, the Spanish-owned bank will cut around 900 jobs and close 164 branches.

It will leave TSB with 290 branches, more than halving its store estate over the past seven years.

Perth and North Perthshire MP Pete Wishart said: “Over the past few years we have seen a succession of branch closures across Perthshire, and it has had a significantly negative impact on the local communities.

“I’m also concerned about where these proposed closures will leave some vulnerable customers, particularly older people who are most comfortable banking in person.”

He said: “This announcement is a betrayal to customers in areas across Tayside who rely on their local TSB branches.

“I’m angered and disappointed at this decision – just last year I met TSB bosses who assured me they were going to keep branches like Carnoustie open but they have gone against their word.

“Groups such as the elderly were impacted by opening hours being cut last year but this announcement is a complete kick in the teeth to customers who don’t have access to online banking.

“My thoughts also go to the staff at each branch who have been impacted by this through no fault of their own – it’s shameful.”

The bank shut branches in Kinross and Brechin this year as part of a previous round of branch closures.

“I engaged with the bank at the time and am extremely disappointed to hear that it will now be closing.

“I will be contacting the TSB seeking information on its decision, highlighting the impact that this will have, in particular on our most vulnerable, especially as this is the last bank in town.”