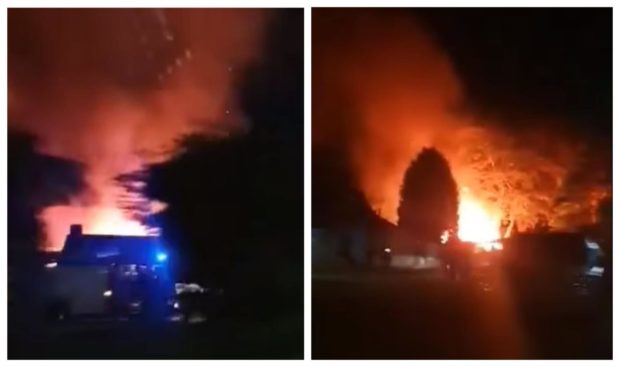 Fire crews were scrambled to tackle a large blaze close to homes and a pub in Fife on Friday evening.

Two appliances from Kirkcaldy Fire Station rushed to the scene at Dean Park Way off the A91,0 in the Chapel area of the town, after the alarm was raised shortly after 7.30pm on Friday evening.

Crews were called to tackle a large blaze of a building close to homes and adjacent to the Home Farm View pub.

Eyewitnesses reported seeing smoke billowing from the derelict building and drifting across the nearby A910.

Big fire up Chapel, next to home farm view

A spokesperson for the Scottish Fire and Rescue Service said: “We received the alarm at 7.38pm on Friday, October 9 of reports of a large wood shed on fire at Dean Park View in Kirkcaldy.

“Two crews totalling eight firefighters were despatched from Kirkcaldy Fire Station, took around an hour to extinguish the blaze and were later stood down at 8.28pm.”