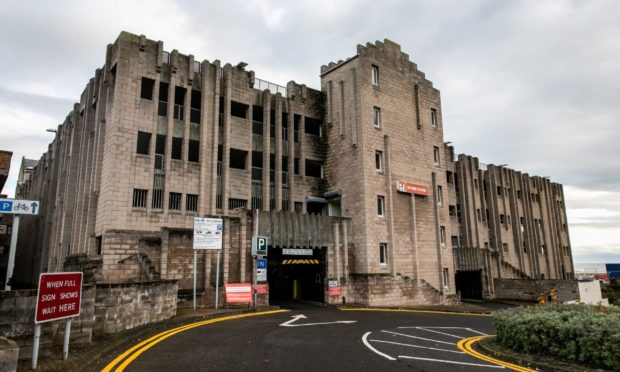 Demolition of Kirkcaldy’s two multi-storey car parks and free parking after 3pm are being considered as part of the town centre’s regeneration.

Disposal of the Fife Council-run Thistle and Esplanade car parks could open a key waterfront development site, councillors have been told.

The two sites combined cost £40,000 more to run than they generate in income so getting rid of them would also help balance the local authority’s budget.

Members of Kirkcaldy area committee said they were in favour of moves to consider the car parks’ long-term future as long as it did not result in an unsightly building site on a prime location for years to come.

It is one of a number of options under consideration for parking in the town.

The committee said it would also support a “free after three” scheme in which parking charges are scrapped after 3pm.

Members were against free parking all day, however, amid fears it would result in town centre workers monopolising spaces and deterring shoppers and visitors.

In addition, Sunday parking charges should be stopped, they said.

Retaining free parking at the railway station is also supported, although it was recognised charges may have to be considered in the future.

Free parking at the Postings car park will continue until January 3.

The discussion at this week’s committee follows a public consultation that found altering the car parking offering could help support regeneration and footfall in the town centre.

The options will now go before the council’s economy, tourism and strategic planning committee, where members will consider the Fife-wide implications.

Officers warned detailed businesses cases had not yet been done and that some of the options could have significant financial and planning implications.

Lead car parking consultant Scott Blyth said: “It must be borne in mind that all proposals and financial considerations within the review were based on pre-Covid data and information and it is probable that the impacts to Fife and its main retail centres and towns is likely to change in the short to medium term post-Covid.”

Labour co-leader David Ross added: “We are not talking about demolishing the multi-storeys immediately.

“We don’t want an empty, unsightly site left there for years and recognise they can still fulfil a function until we have a plan for them.”