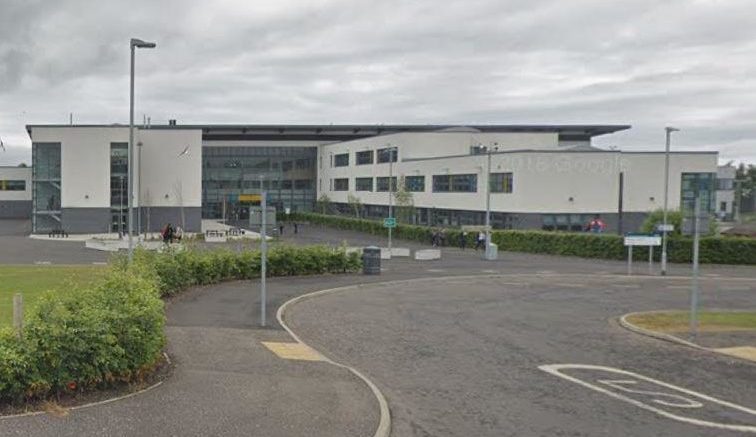 Half of a Fife school’s pupils have been told to isolate due to a coronavirus outbreak, but it is understood attendance has plummeted to around a quarter.

Several cases of the virus at Viewforth High School have resulted in around 300 of its 600 pupils being told to stay at home, as well as some staff.

Sources tell us, however, that only around 170 youngsters have been in classes in recent days.

Latest statistics from the Scottish Government show that one in five pupils in the KY1 postcode area, which includes Viewforth High School, were absent from school for Covid-related reasons on Tuesday.

Some 65 children in the postcode area were off school because their parents had refused to send them, against advice.

Just a few miles away in Glenrothes, Auchmuty High School, which has also had a number of cases, has reported attendance of around 50%.

Coronavirus outbreak at Glenrothes schools sees around half its pupils absent, as new cases emerge at Fife and Tayside schools

Kirkcaldy East Conservative councillor Richard Watt claimed schoolchildren had been failed by both the Scottish Government and Fife Council.

He said: “The recent spate of Covid-19 cases at Viewforth High School is symptomatic of a larger failure on the part of the Scottish government.

“The death toll in Scotland is around 10 times that of other European nations of similar size and the government’s response at all levels for the past nine months has been alternately panic and burying heads in the sand.”

Claiming a “Fife-wide shambles”, he said: “Planning for the pandemic, for home and distributed education, and efforts to ensure children have equipment have miserably failed.

“There have been at least nine months in which to plan for this, and at all levels in Scotland there has been nothing more than panicked responses; the travel ban being the latest in a long line of unclear and rushed policies.”

Planning for the pandemic, for home and distributed education, and efforts to ensure children have equipment have miserably failed.”

He also pointed to Viewforth’s lower than average attendance before the pandemic and added: “This could not come at a worse time for the school’s new rector who I know has been working hard to reverse this trend.”

The school is providing course work for pupils online and published a booklet on Friday morning directing youngsters to assignments for each subject and year group.

Fife Council head of education and children’s services, Maria Lloyd, said: “We are working very closely with colleagues in public health to monitor and manage all Covid cases in schools and proactively encouraging our school communities to follow public health advice.

“Each school has its own contingency plans in place, including plans for remote learning, which are continually reviewed.

“Parents are being updated by their individual schools on contingency plans and if circumstances change.”