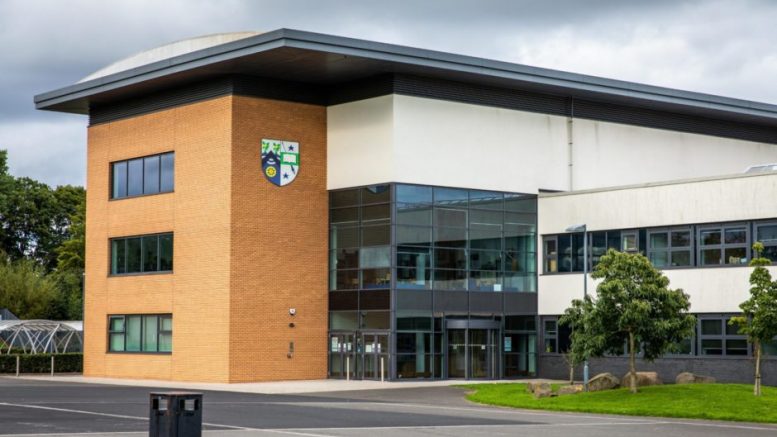 A Fife school dealing with a coronavirus outbreak has called off prelim exams which pupils were due to sit at the end of this month.

With six people at Auchmuty High School – three pupils and three staff – testing positive for Covid-19 a significant number of youngsters and teachers are self-isolating.

Parents and pupils were worried about large groups of young people sitting the tests in the Glenrothes school’s assembly hall with the continued threat of infection with the virus.

They were also worried about the loss of face-to-face teaching for youngsters isolating immediately prior to sitting the exams, which will be taken into account for National 5 results for S4 pupils with 2021 exams cancelled.

But head teacher Alan Pithie confirmed the sitting, due to begin in the last week of November, has been cancelled but may be scheduled early next year.

Individual schools set their own prelim diets, and most are due to take place in January.

Balwearie High School, in Kirkcaldy, which has had seven confirmed Covid cases since the start of this term, postponed its November sitting for S4 pupils back in September.

In a message to Auchmuty parents and pupils, Mr Pithie said: “Given all that has happened it’s not wise for us to go ahead with a prelim diet at the present time as such.

“However, what we will do is we will replace that with an in-class testing scenario.

“That means that all certificate classes in S4 to S6 will still be tested thoroughly at this stage but not in the assembly hall, not in a formal exam diet.

“We will still be able to gather lots of evidence and still be able to give you full reports and so on and will review our situation after Christmas to see if it’s feasible for an examination diet to go ahead some time in between Christmas and Easter.”

Higher exams: Does John Swinney have another date with disaster?

On Wednesday Mr Pithie said there had been no further coronavirus cases at the school and it seemed the initial outbreak was “being contained”.

He said there was a relatively large number of pupils affected by the outbreak, and those required to self-isolate have been contacted by the school. A number of teachers have also been identified as close contacts and asked to stay at home.

One parent, who wished to remain anonymous, said his S4 son was told to isolate for 12 days and would have returned to school just days before the start of the prelims.

He said: “It’s a relief they have been cancelled, my son was anxious.

“He is isolating and would have had two tests the Monday after he went back.

“He asked us how he would manage to do these tests knowing he would have been off for two weeks and not getting the full teaching.

“We were worried about him sitting the prelims in the assembly hall with everyone else, especially as the Nat 5 exams were cancelled in the first place.

He asked us how he would manage to do these tests knowing he would have been off for two weeks and not getting the full teaching.”

“They were going to be holding the prelims in the exact same environment and it didn’t tally up.

However, he said the school was quick to ensure that his son had work to do at home on the first morning of his isolation.

He said: “We phoned the school and within an hour all of his teachers had sent him work.”

Balwearie High School’s S4 prelims, also due to be held this month, were postponed in September.

The school said these would held after Christmas instead to give young people who had missed out on learning during lockdown time to feel confident in their progress.

SQA: “No expectation” for Nat 5 prelims

Although Nat 5 exams next May have been cancelled, the Scottish Qualifications Authority said in October prelims may be helpful for providing evidence for final grade estimations by teachers.

A statement it issued for the National Qualifications 2021 Group on Wednesday, however, said there was “no expectation” that schools hold formal prelim diets for National 5s.