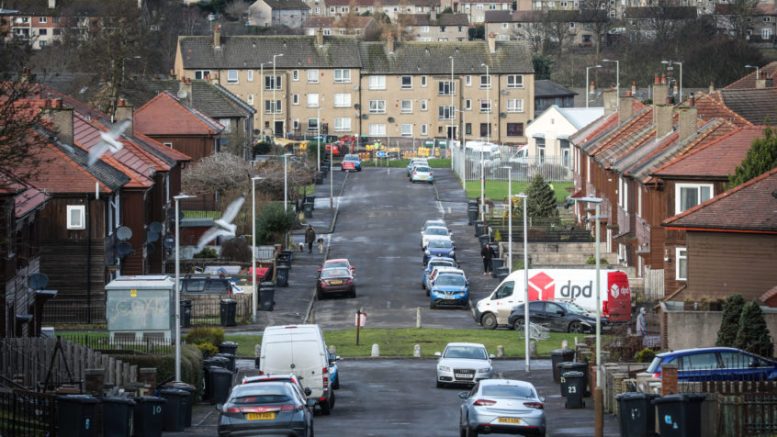 The National Records of Scotland (NRS) has for the first time provided a more detailed geographical breakdown that reveals Kirkcaldy Central has seen the highest number of coronavirus fatalities per head of population in the area, followed by the Linlathen and Craigie regions of Dundee and Kincardine in Fife.

It comes as new figures reveal that, as of June 14, a total of 4,070 coronavirus deaths were recorded across Scotland, with 70 recorded since June 7, the seventh weekly drop in a row and lowest weekly total since late March.

The breakdown reveals that 13 people have lost their lives to the virus in Kirkcaldy Central, in a population of 3,244 people – the 22nd highest death rate in the country.

Areas in Kirkcaldy fall within the “5% most deprived” in the whole of Scotland, according to figures released by the Scottish Index of Multiple Deprivation (SIMD) in January.

The figures also reveal a total of 15 people have died as a result of Covid-19 in the Linlathen and Midcraigie region, from a population of 5,344, and eight people in a population of 3,001 in Kincardine.

According to the report released by NRS on Wednesday, people in the most deprived areas were 2.1 times more likely to die with Covid-19.

Figures were also released for the first time on Covid-19 deaths by occupation, which showed that the highest number of deaths occurred among “process, plant and machine operatives”.

A total of 43 deaths were recorded among this occupation, while health care workers had a lower death rate (5.9 per 100,000 population) compared to the average death rate for all occupations.

Data released on Wednesday on NHS Scotland’s new Test and Protect system showed 992 cases were reported where an individual tested positive for Covid-19 between the day the system launched, May 28, and June 14.

Contract tracing has been completed for 891 cases and will be “ongoing” in others”, the First Minister confirmed, with 1,239 contacts traced so far – at a rate of 1.4 people contact traced per person on average.

The latest figures released by NRS show deaths involving Covid-19 account for 7% of all deaths, which has steadily reduced from a high of 36% in the week of April 20 and from 8% in the week of June 7.

The number of deaths has fallen for the seventh week in a row, with 70 deaths the lowest weekly total recorded since late March.

Speaking during First Minister’s Questions on Wednesday, Nicola Sturgeon said the figures were “higher than I would ever wish them to be”.

She added: “I do know downward trends will never console those who have lost loved ones.

“The weekly number has now fallen for the seventh week in a row and they are now at less than a ninth of its peak level.”

She added that as a result of the figures, she expects to confirm on Thursday that Scotland can move into phase two of the Scottish Government’s roadmap out of lockdown.

She said: “We will continue to proceed in a cautious and phased way because the more we hammer down this virus now, the more normality we can ultimately get back in all aspects of our lives.”

Meanwhile, half (50%) of all registered deaths involving Covid-19 in the week of June 14 occurred in care homes, down from a peak of 60% in the week of May 3, but the majority of deaths still take place in these settings.

The number of deaths in care homes fell for a sixth week, by seven to 35.

A total of 502 people in Tayside and Fife have died after contracting Covid-19, since the pandemic began –  an increase of 12 in the past week.

REGIONAL BREAKDOWN: Map reveals towns, villages and districts of Tayside and Fife where coronavirus has been most deadly