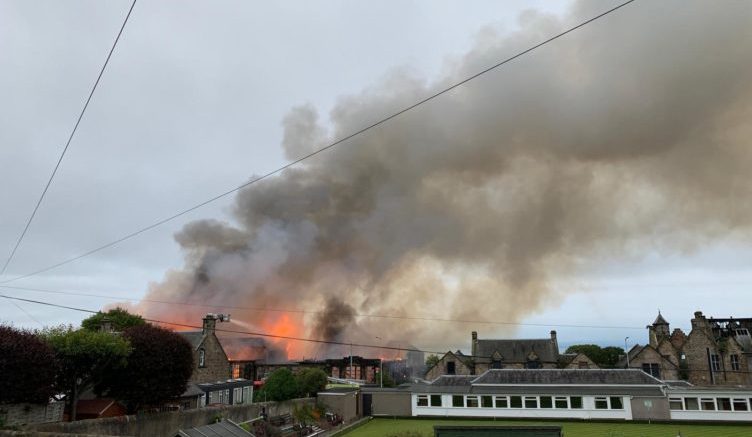 Firefighters are battling a major blaze at an old Fife secondary school.

Emergency services were scrambled to the old Viewforth High School in Kirkcaldy just before 7.30pm on Saturday.

Video of the fire is above this article

A Scottish Fire and Rescue Service spokeswoman said: “We were alerted at 7.28pm on Saturday to reports that a fire had taken hold within a building.

“Operations Control has mobilised six fire appliances to Old Viewforth High School in Kirkcaldy and crews are presently working to contain and extinguish the fire.”

Loughborough Road has been closed and locals have been told to close their windows.