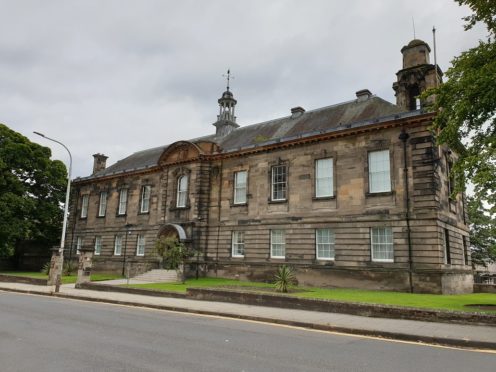 A Fife man who was snared by an online paedophile hunting group for sending sexually explicit messages to someone he thought was a 13-year-old girl has been spared jail.

David Anderson, 33, of Earn Road, Kirkcaldy, admitted coercing someone he believed was a teenager into looking at a sexual image and communicating indecently with her, distressing or alarming her, between December 7 and 14.

Kirkcaldy Sheriff Court heard how, during the course of online conversations, Anderson sent his victim an indecent image and other sordid messages.

The “teenager” was an adult decoy with the Forbidden Scotland online child protection team, which was set up to expose internet sex abuse.

Appearing before Sheriff Jamie Gilchrist QC at Kirkcaldy, Anderson was sentenced to a community payback order with three years’ supervision and 200 hours of unpaid work.

“The first thing that needs to be said is that this case is serious enough to warrant a custodial sentence,” Sheriff Gilchrist said.

“Having said that, it seems to me that there is strong public interest in pursuing a community-based disposal and that the public would be better served by that.”

As part of the order, Anderson must not knowingly have any contact with someone under the age of 16 unless approved by his supervising officer, must not access the internet without the express permission, must make any devices available to the authorities and must not delete or use software to delete or conceal his activities online.

Anderson was also placed on the sex offenders register for five years.

The court previously heard how the group member began communicating with Anderson in a virtual chat room, with the decoy telling him: “Hi, I’m Grace, 13, from Scotland.”

Ms Bremner said Anderson went on to say to ‘Grace’: “If you show or tell anyone I will get in a lot of trouble, baby.”

Anderson’s solicitor advocate Scott McKenzie said his client had been “deeply embarrassed and ashamed” by the content of the messages but added: “He doesn’t seek to detract or minimise his own responsibility in terms of what was sent to the decoy.”